Today I’ll tell you the history of Thailand,Thai golden age and information of Thailand!

-Let’s start with the HISTORY OF THAILAND

Literally means “Land of the Free”, Thailand can boast its distinction being the only one country in Southeast Asia that has remained independent and never been colonized throughout its history. Thailand’s 800-year-history can be divided into five major periods, each of which has founded typical characteristics of Thai culture today.

The Thai people, who originally lived in Khmer empire, migrated into mainland Southeast Asia over a period of many centuries. The word Siam (Thai: สยาม RTGS: Sayam) may have originated from Pali (suvaṇṇabhūmi, “land of gold”) or Sanskrit श्याम (śyāma, “dark”) or Mon ရာမည (rhmañña, “stranger”), probably the same root as Shan and Ahom. Chinese: 暹羅; pinyin: Xiānluó was the name for the northern kingdom centred on Sukhothai and Sawankhalok, but to the Thai themselves, the name of the country has always been Mueang Thai.[1]

The country’s designation as Siam by Westerners likely came from the Portuguese. Portuguese chronicles noted that the Borommatrailokkanat, king of the Ayutthaya Kingdom, sent an expedition to the Malacca Sultanate at the southern tip of the Malay Peninsula in 1455. Following their conquest of Malacca in 1511, the Portuguese sent a diplomatic mission to Ayutthaya. A century later, on 15 August 1612, The Globe, an East India Company merchantman bearing a letter from King James I, arrived in “the Road of Syam”.[2]:18 “By the end of the 19th century, Siam had become so enshrined in geographical nomenclature that it was believed that by this name and no other would it continue to be known and styled.”[2]:16

Indianised kingdoms such as the Mon, the Khmer Empire and Malay states of the Malay Peninsula and Sumatra had ruled the region. The Thai established their own states: Ngoenyang, the Sukhothai Kingdom, the Kingdom of Chiang Mai, Lan Na, and the Ayutthaya Kingdom. These states fought each other and were under constant threat from the Khmers, Burma and Vietnam. Much later, the European colonial powers threatened in the 19th and early 20th centuries, but Thailand survived as the only Southeast Asian state to avoid European colonial rule because of centralising reforms enacted by King Chulalongkorn and because the French and the British decided it would be a neutral territory to avoid conflicts between their colonies. After the end of the absolute monarchy in 1932, Thailand endured sixty years of almost permanent military rule before the establishment of a democratically elected-government system. In 2014 there was yet another coup d’état.

The golden age of the Thai kingdom of Siam, which was also the heyday of Thai art, lasted from the 13th to the 15th century. Earlier than this, and during a brief overlapping period, from the 7th to 14th centuries, east, northeast, and central Thailand were influenced by the art of the mighty Khmer, whose irresistible artistic dominance began with the reign of Suryavarman I (1002-1050).

The so-called Lopburi style – named after a city in central Thailand conquered by the Khmer – was succeeded by the Chiang Mai style, which marks the beginning of an independent Thai art. An important element in the development of this independence was the fact that the Thai and Khmer had completely different notion of kingship: for the Khmer, the king was a god, and he was honored accordingly. The Sukhothay (Sanskrit: Sukhodaya, “source of happiness”) rulers, on the other hand, were close to the people, and all the subjects took part in the religious feasts and rituals that in the Khmer kingdoms were reserved for a small elite. This greater degree of social unity in Thai society is clearly reflected in their arts: it is precisely a skillful and harmonious blending different artistic elements and influences (primarily Khmer architecture and the art of theMon) and the subsequent creation of a new canon of architectural and sculptural forms that characterize the art of the golden age in Thai culture.

In time the “golden kingdom” of Sukhothay was eclipsed by the kingdom of Ayuthaya, which appeared in the central plain of Thailand about 50 kilometers (30 miles) from present-day Bangkok– In the course of the succeeding centuries, the cities of Sukhothay and Sri Saccanalay gradually succumbed to the all-embracing jungle.

Only in recent times have these historic sites begun to be secured and restored. Today they are part of the world cultural heritage program, and so are protected by UNESCO. 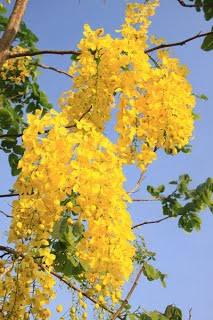 That’s all for today! Have a good day/Night😆